Review of "Architecture: From Prehistory to Climate Emergency" by Barnabas Calder – an energetic global history of architecture 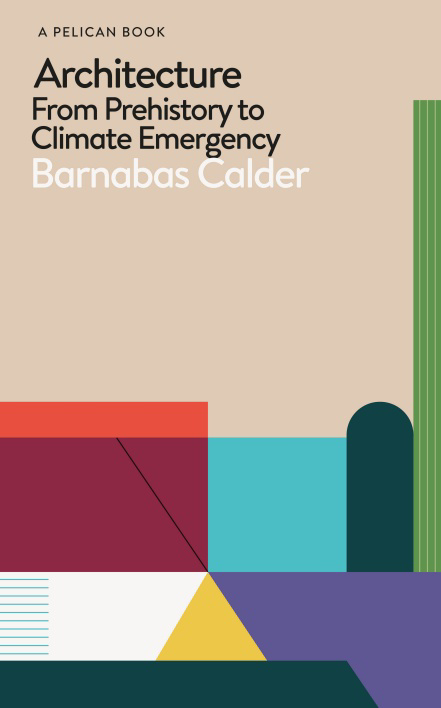 When the great pyramid of Khufu was built, it was faced with pale, smooth limestone, covering up the massive, rough stones that can still be visited today. According to the Greek historian Herodotus, writing 2,000 years after the pyramid was built and 2,500 years before our own age, the limestone bore inscriptions recording some of the stupendous effort that went into the project. Forty tonnes of silver was used to buy ‘prodigious quantities’ of radishes, onions and leeks to augment the diet of the workforce. This was the immense tomb’s energy component: Egyptian sunlight, captured as chemical energy in root vegetables, being used to fuel thousands of sweating labourers.

And so it was for thousands of years, as the constructive capabilities of civilisation were fundamentally limited by how much food could be grown to support human and animal muscle mass, with land still devoted to wood for materials and charcoal. This hard limit on the human ability to build still permitted prodigies of scale and artistry, from the pyramids to St Peter’s in Rome, which today cast piercing light on the societies that built them. Then, not so long ago, humanity began to make large-scale use of concentrated fossil energy dug up from the ground, transforming the whole planet. Today, as Barnabas Calder notes, ‘the average American family disposes of an amount of energy comparable with the greatest rulers of the ancient world’.

Calder has written an energetic global history of architecture – energetic both in the vim he brings to a colossal subject, and in its particular focus. Energy is a handy universal currency that measures our capacity to do anything: sunlight, food, human sweat, and the outputs of wood stove, steam engine and nuclear power plant can all be expressed in the same units of joule or kilowatt per hour. Human states and societies are energy systems, and architecture is one of their most important outputs, embodying the social, cultural and intellectual norms that govern how energy is harnessed and deployed.

The greatest periods of construction have accompanied ‘energy booms’, when a single authority has been able to harness greater energy resources under its control, or efficiency has improved, producing surpluses that are turned into architecture. This gives Calder a consistent way of looking at a vast number of different human societies scattered across history, and understanding what they built, why, and how.

The ‘how’ is consistently the most interesting thread running through this expansive tapestry. Energy booms tending to drive specialisation in work, as a smaller percentage of available labour is devoted to the grunt work of survival. Craft traditions, such as the reconstruction of the Shinto shrine at Ise every twenty years, are the product of sustained stability – a proud boast for the societies that maintain them. Some of the paperwork from the construction of the Parthenon in Athens survives, providing us with the first recorded instance of subcontracting, with different teams competing for different parcels of work, and being subject to penalty clauses. Indeed, construction-related bureaucracy could be onerous: so many receipts were generated by the Great Mosque in Damascus that eighteen camels were required to carry them.

Calder stresses continuities through these diverse traditions: even the Parthenon, regarded as the wellhead of the classical tradition, drew on ancient precedents. He is at his most interesting when he draws arching comparisons between ages – for instance, that the Victorian St George’s Hall in Liverpool had a workforce about the same size as that of the Parthenon. But as the scale of building has exploded, precedents have buckled and mutated, unable to keep up. This is often much to the distress of architects, who are not the eager, forgetful blank-slate aficionados of popular myth. ‘If we had a distinctive architecture of our own day worthy of the greatness of our age, I should be content to follow it; but we have not,’ said George Gilbert Scott with regret. And what botched bit of historicist compromise was he referring to? The gothic Midland Grand Hotel at St Pancras Station, today regarded as something of a success.

A paradox recurs throughout the story. Energetic advances led to efficiencies, such as standardised and prefabricated components and mechanisation replacing muscle. But they also led to waste as this newfound abundance was splashed about. Calder is even-handed when it comes to the profligacy of our own age, making plain the incalculable benefits fossil fuel use has brought, while spelling out the phenomenal waste involved. The canonical images of the Bauhaus in Dessau do not include the mountain of coal stored at its rear, as a team of three boilermen worked continuously to provide heat for the building, much of which disappeared through the floor-to-ceiling windows and into the atmosphere. These details are fascinating; it is typical of this book’s distinctive approach that the environmental problems of the Villa Savoye get more space than the Second World War.

The builders of the 20th century did not know the harm they were causing, but we do, and the question at the end of Calder’s book is what we do with that knowledge on a disastrously heating Earth. An energy transformation no less ambitious than the industrial revolution awaits, and at least we can go into it with our eyes open, understanding what we’re doing and why. But we must also make better use of the buildings we have, preferring adaptation to new build where possible. A parallel track of this history is what happens when energy availability subsides: recycling, generally, as buildings are repurposed or their ready-made materials are put to other uses.

The book is at its weakest when it reaches for un-illuminating generalisation to smooth out its leaps from subject to subject, but that’s easily forgiven in a narrative this ambitious. It is at its best when it bathes in rich detail of construction and how the art of building flowed into aesthetics. It is generously illustrated, including scaled line drawings which allow size comparisons of buildings through the eras – a lovely touch. For the general reader, it’s an entertaining and original introduction to the history of architecture. For the architect, it helpfully sets the daunting challenges of our day in lively and inspiring context.

Will Wiles is an architecture and design journalist and novelist. Novels include Care of Wooden Floors. He is a regular contributor to The RIBA Journal.